The ‘Bers’ are Here

Spending for gifts need not be expensive, Sometime paying a visit will suffice as this is a time for bonding. Time is the most precious gift one can give, because in giving his time, one is giving a part of himself. This may be the best Christmas gift one can give.

The ghost month is over. It is the month when the traditional Chinese delay making decisions related to money and marriage for fear of bad luck. Everyone can breathe a sigh of relief as the hungry ghosts are back into their lower realm.

Now the “bers” are here. Any investors who hear that statement will surely redeem all his equity investments since it means that all the stock prices will go down by at least 20 percent. What the bers—not bears—are, are the months ending in –ber. Actually as early as the first day of the first ber month, I already heard some famous songs of Jose Mari Chan, which is expected to be repeatedly played until the end of the year. The ber months mean Christmas time is just around the corner and, of course, a lot of employees are already expecting their bonuses. The problem is, they are already thinking of where the money will be spent on even before reaching their wallet.

In my 25 years of being employed, my former boss was very good to distribute our bonuses during Chinese New Year. It will mean that the money received will not be spent unnecessarily anymore. Even when the distribution was changed to December, I have already formed the habit of not spending my bonus anymore. Assuming I need to spend, I made sure that I will be getting a small slice.

Actually, I saved and invested majority (if not all) of the bonuses I received during my employment. Let us assume that my yearly bonus was P10,000 net and invested consistently. In 25 years, I would have invested a total of P250,000.

Now, let us assume that my investment yields an average of 4 percent a year. It means that my investment will be giving me P10,000 a year. That is the same as the bonus I received but with the difference that I am no longer employed and I need not report to office everyday just to qualify for the full bonus. The bonuses I saved before will now earn me the same without exerting any effort.

How can anyone do what I did before? Spend less to free up excess cash.

Below are tips on how to do it:

1. Do not panic. When people know they are about to receive extra income, their mind starts to panic and think of where to splurge. A lot of people even get loan and spend in advance before the actual money comes. Money was already spent even before it came. A good idea is to pretend no extra money is about to come. With that mindset, our mind will not be in the spending mode.

2. Make a list and check it twice. If there is a need to spend, make a list and buy in advance when price is still low. Aside from malls, there are tiangges where the items are a lot more affordable. Money spent unwisely is money lost forever. One can always review and edit the list to minimize the expenses.

3. Set your budget. It is best to allocate a certain percentage of your money so that there will be money saved and invested. Setting a budget will tell us where we want the money to go instead of wondering where it all went.

4. Check for bargain sales. As early as possible scout for shops that offer big discounts especially this season. Be patient and do not be a victim of impulse spending. Learn to compare price of the same items from different shops before buying. When I buy an item, I always buy it on the third time after I check the price from a different store.

5. Credit-card promo. Credit-card companies give promos during this season where one can get more benefit using the card for purchase. Make sure to treat the credit card as part of the cash received. Bear in mind that even if a credit card is used, one has to follow his budget plan since he has to pay it later. One must not spend beyond the plan as he might even be charged interest if he fails to pay the whole amount on time.

Spending for gifts need not be expensive. Anyone can be creative while spending less. Homemade food products can be more meaningful for the receiver.

Sometime paying a visit will suffice as this is a time for bonding. Time is the most precious gift one can give, because in giving his time, one is giving a part of himself. This may be the best Christmas gift one can give. 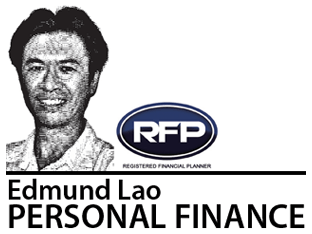 Edmund Lao is a Registered Financial Planner of RFP Philippines. A sales engineer by profession, he is an advocate of financial planning.
Source:https://businessmirror.com.ph/2019/09/17/the-bers-are-here/

Previous: Common Mistakes Investors Make
Next: Is it Always Profitable to Invest in Fast Growing Companies?