How Do Presidential Elections Influence The Stock Market?

The stock market tends to follow a certain pattern each time a new president is elected.

According to market historian and stock trading author, Yale Hirsch, the stock market tends to be the weakest during the year following the election of a new president.

This is followed by a recovery in the second year until it peaks in the third year, before falling in the fourth and final year of the presidential term.

Hirsch explained that the reason why the stock market usually declines during the first year is because the new president would need to prioritize certain campaign promises that may have negative impact on the market.

For example, the new president may ask his cabinet to study the possibility of raising the minimum wage, or legislating new taxes, which could raise serious concerns in the market.

But once the worries are discounted, the market recovers in the following years, as the sitting president begins to implement government spending programs that would stimulate the economy, until another election begins again.

This presidential election cycle theory, which has been developed by observing historical data from past US elections, apparently does not apply to Philippine setting.

In fact, the pattern is opposite. The Philippine Stock Exchange (PSE) index has historically performed the strongest during the first three years of a new president, as the market rises on renewed optimism.

Based on market data from the last five presidential elections since 1992, the average gain by the PSE index during the first year was 18.5 percent, followed by 12.6 percent in the second year and 19 percent in the third year.

Interestingly, the first year of the new president, that is if we measure the market performance of the PSE index from proclamation date after one year, has been 100 percent positive after the past five presidential elections.

The top three presidents with the biggest PSE index gain after one year in office were Joseph Estrada with 41.3-percent return, followed by Noynoy Aquino with 27.3 percent and Gloria Macapagal Arroyo with 21.8 percent.

Estrada, however, had the largest reversal of gains in his second year with -38.3 percent loss before he was ousted on his third year through a “people power” revolt.

Because of the extraordinary political situation at that time, only Estrada had a different pattern with -1.7 percent for the first half and 5.6 percent gain in the second half, which was completed by Arroyo.

All the other presidents had similar patterns. For example, Arroyo had the largest market return during the first half of her term with 38.4 percent before slowing down to 1.6 percent average return during her last three years in office.

Fidel Ramos also had a strong first half with a 25.4 percent market return, but declining to a -11.1-percent average loss during the second half.

Noynoy Aquino also showed similar results with a 24.2-percent average gain during the first half, but dwindling to 6.5 percent in the second half.

The same can also be observed from President Duterte, who, despite having the most challenging market environment with the end of the multiyear bull market, still managed to register a positive 1.2-percent gain during the first three years.

The pandemic outbreak as we all know dominated Mr. Duterte’s second half, which resulted in an average loss of -3.7 percent so far.

Following this market pattern, we can also observe that the PSE index has been historically rising months prior to proclamation date.

Based on the past five elections, the stock market usually is weakest in April with only 1.2-percent return from March, but this slowly improves to a cumulative return of 5.9 percent during May elections, and 9.2 percent on the proclamation date of the new president in June.

If this pattern still holds today, the coming presidential election could be a good opportunity to accumulate value stocks in anticipation of a market recovery after proclamation. 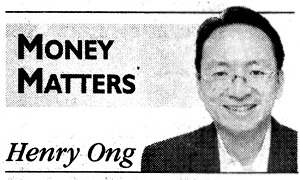 Previous: The Issue of Money in Marriage